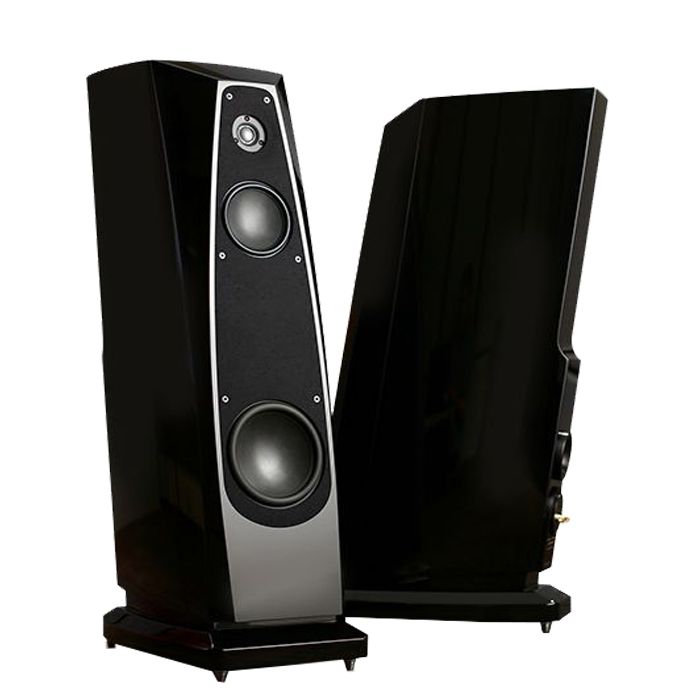 The Atria is essentially a smaller version of the acclaimed Avior Loudspeaker, and is almost identical in its design and execution.  Like the Avior, the Atria uses the new Rockport custom, carbon fiber sandwich composite cone midrange and woofer, as well as the same beryllium dome Scanspeak tweeter.  The main difference is that the Atria uses a single 9 inch woofer per cabinet, instead of the Avior’s twin woofers. Therefore, the Atria’s cabinet volume is approximately one half that of the Avior. Not surprisingly, it feels a lot smaller then the Avior, and will no doubt fit in many places where the Avior would not. 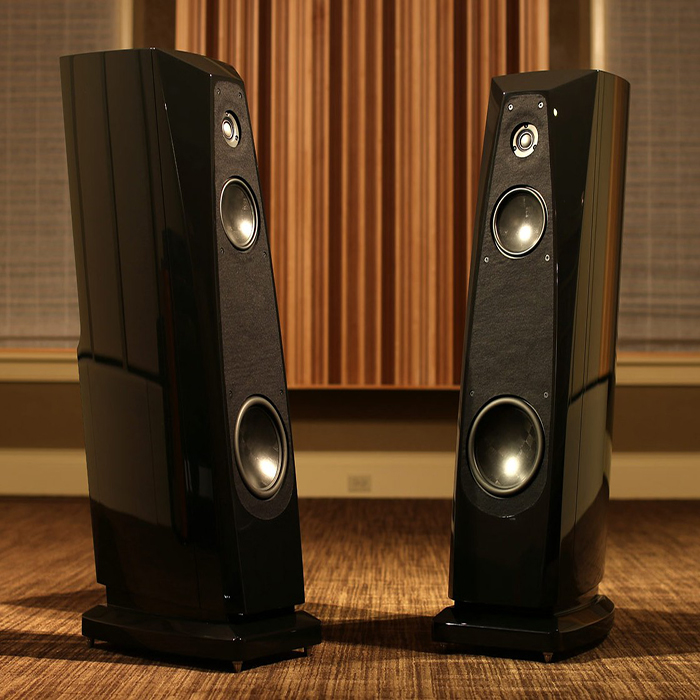 The result is a loudspeaker which has the same transparency, texture, and most importantly, the same life that defines the Avior. The Atria has nearly the same bass extension as the Avior, however is meant for smaller rooms (or for people with more moderate listening habits) and will not energize the air in the first octave quite the same way the Avior does. The sensitivity is also slightly lower, coming in at roughly 87.5 DB SPL. This means you would need about 1.5 times as much power to drive the Atria to the same level as the Avior assuming the same listening distance. This difference is dwarfed by other factors such as how loud you want to listen. For most people 50 watts is probably adequate. For a few others, 500 watts won’t be enough!

Although the Atria is the entry point for Rockport, it is a speaker that almost every other manufacturer would consider its flagship. Boasting a three way design that reaches into the lowest octave and beautifully presents the highest registers, the Atria offers many of the features found on larger Rockport speakers. Utilizing custom designed and built carbon sandwich drivers, the 9 inch bass and 6 inch mid-driver offer unique features including variable thickness drivers to maximize response and minimize distortion. The Beryllium tweeter from ScanSpeak rounds off the driver compliment and generates an amazing amount of inner detail without harshness or aggressiveness.

The cabinet is a work of art. Deep black gloss and weighing in at over 150 pounds, it is uniquely designed to eliminate cabinet resonances and related distortion. Boasting a front baffle that is over 6 inches thick, the massive bracing and non parallel surfaces provide a non-resonant speaker enclosure. The Rockport designed crossover components are each individually voiced to meet rigid Rockport standards. The result? A breathtaking Rockport speaker that won’t break the bank.